When I saw this map after the election I didn’t think about politics. I thought, “Wow, in ten years almost all of those truck drivers can be replaced by self-driving vehicles.”

I’m all for reducing congestion on the interstates — the U.S. population has probably doubled since the interstates were built — but that looks like a lot of people who are going to need to learn a new trade. 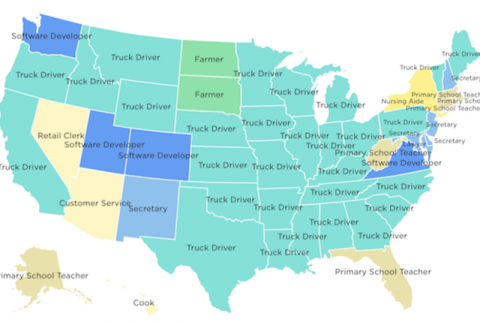