Mac OS X Question: Is there a notification program for Mac OS X, like the notification balloons that appear on the task bar in Windows?

As of Mac OS X 10.5.7 there is nothing built into Mac OS X to provide this functionality, but there is a great, free application named Growl which provides similar functionality.

There are several cool things about Growl. First, it works with a number of Mac applications, including but not limited to Firefox, Easy Batch Photo, Komodo Edit, and NetNewsWire.

Here are a couple of images from the Growl System configuration panel in the Mac OS X System Preferences dialog. The first image shows some of the General Growl configuration options: 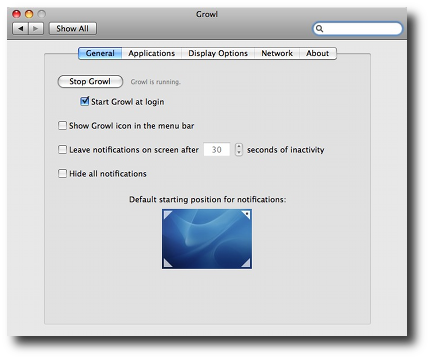 This next image shows the Growl Display Options in the System Preferences dialog: 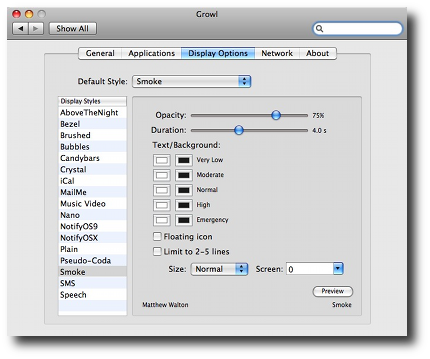 I've installed Growl too, and