I thought Apple might push their developers internally to develop with their new Swift programming language, but I just did a search that shows they now have 30 Scala job openings. In December, 2013 Apple had six Scala job openings, and in April, 2014 they had 17.

This link at jobs.apple.com will hopefully show the latest, up to the minute Scala job openings at Apple. (If for some reason that link doesn’t work, just go to jobs.apple.com, choose “Corporate” jobs, then enter “Scala”, making sure you include the double quotes around the Scala, otherwise it matches terms like “scalability”.) 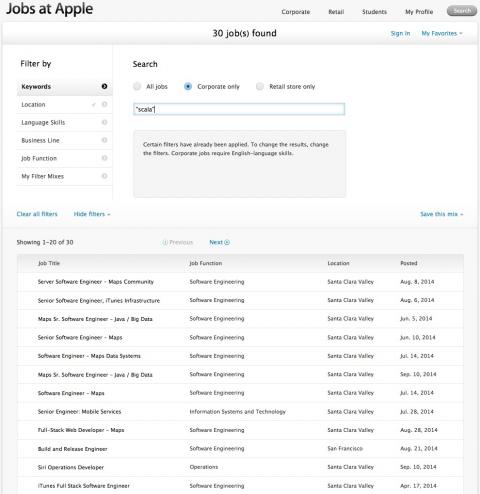