Multiple sources, including AppleInsider.com, are reporting that Walmart plans to deploy 100,000 Mac computers to save on employee PC costs. From that article: “IBM noted that PC users drive twice the number of support calls compared to Mac users, and that PC support tickets require desk side support by IT personnel five times as often. The company's own analysis showed that each Mac deployed saves the company $270 in support costs compared to a Windows PC.” 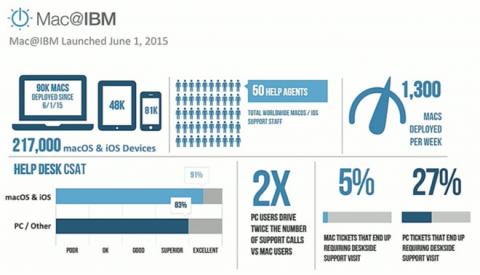