Zen Foundation “bookshelf” postcard designs (before and after)

This photo shows two attempts at creating images for my next Zen Foundation postcard. The first image represents my first “final” attempt. In this case I knew I wasn’t blown away by the image, but it was the best I could do that night. I posted it on Facebook, got some feedback from a friend, and eventually came up with the second image, which is what I decided to go with.

(Click the image to see a much larger version of it.)

FWIW, if you’d like to receive this postcard in the mail, send me your address via my contact form, letting me know that you want to receive the Zen Foundation postcard, and I’ll add you to the mailing list.

Creating an “Oilify” image from a photo with Gimp

The original image I started with was a photo of my hand taking the Zen Training book off a bookshelf. This is a small version of the original photo: 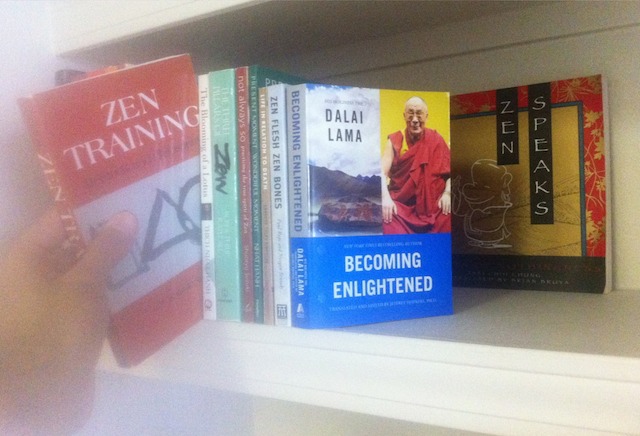 If you use the Gimp, and are interested in how I got from that photo to the second image, here are my abridged notes on the process:

Regarding the Canvas tool, I find that settings larger than 2 don't work well on large images; with a setting of 3, you can easily see the canvas being repeated as rectangular areas, and this gets worse at 4 and so on. I stumbled onto this trick of shrinking the image before applying the canvas completely by accident, but I like it because it makes the canvas gridlines larger than they would be otherwise. It messes with the image quality a little bit, but when going with this Oilify effect, I don't think it's a big deal.

Also, an easier way to handle the background area is to select the area with the Gimp Lasso tool, then fill it with a solid color. I'm sure that's what I'll do for the poster (and then add the Fog onto that).

The second image isn’t perfect, but I hope it’s good enough for the postcards. In the future I’ll be reworking the image even more, and hope to make a poster from it. The second image looks great on my 24” iMac, so I’d like to think it will make a great poster of about that size.

I know I'd like even more of a Gimp “oilify” affect for the poster, so I’ll be tweaking the image even more before applying the oilify affect, making it more “pixelized” through one technique or another. 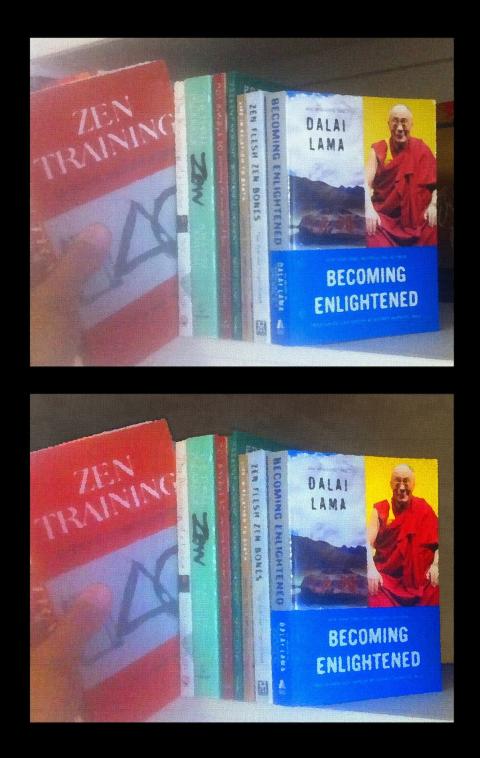