According to the Scala in the Enterprise page (and general knowledge), the following companies are using Scala:

According to Wikipedia, these companies are also using Scala:

This Built With Scalatra page shows these users:

Sites like Monster, CareerBuilder, and Dice show these companies advertising for Scala developers:

The Github link in the Comments section below states that the following Bay Area companies are advertising Scala job offerings: 10Gen, Intel, Heroku, Rackspace, VMWare. (That link shows more companies, but I don't know them.)

Here's a presentation on "Scala Adoption by Enterprises". This slide shows businesses that are using Scala: 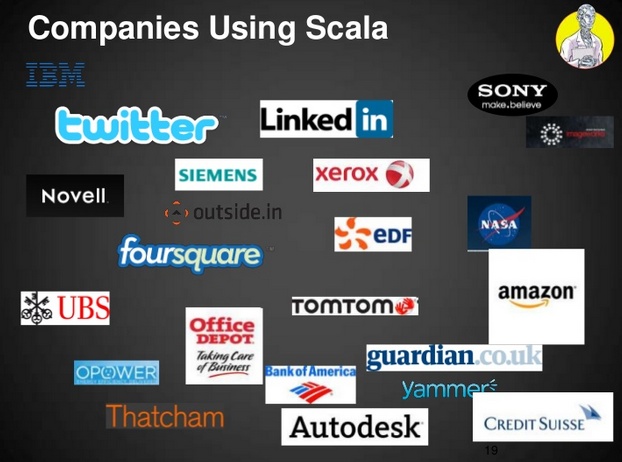 The RedMonk Programming Language Rankings showed Scala as the #12 programming language in September, 2012.That was prior to new releases of Scala, Play, and Akka.

TIOBE shows Scala as the 35th most popular programming language. (I have a hard time believing that it's less popular than many of those other languages.)

In October, 2012, Thoughtworks moved Scala from "trial" to "adopt", as briefly described in this Dr. Dobbs article.

I'll be glad to add more company names and information here; if you know of any well-known business, just leave a comment below, and I'll update the article.

The following image shows which countries people are coming from to visit this website (alvinalexander.com) to find answers to questions about Scala, courtesy of Google Analytics: 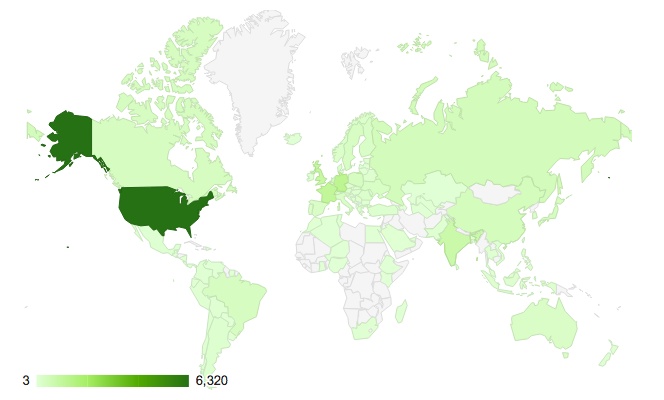 The next image shows "Who's Using Scala?" in the United States, by state, over the same time period: 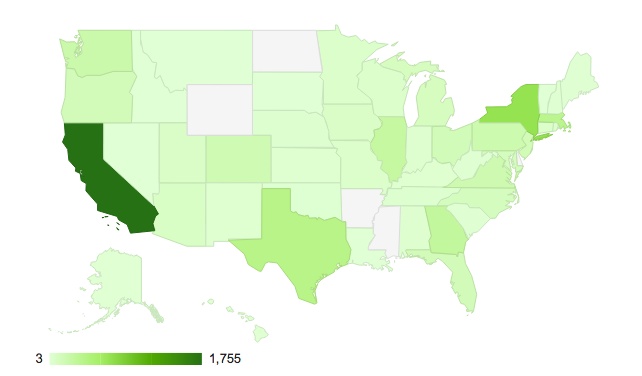 It's no surprise that California, New York, and Texas are the "hot spots". Here's a sorted list of the top ten states accessing this website for Scala information:

If you were wondering, "Who's Using Scala?", I hope this article has been helpful.