Be a problem solver

“Out of clutter, find simplicity.”

My second major rule to being a successful consultant is also simple:

Be a problem solver.

When I first began to succeed as a computer consultant, it suddenly occurred to me what I was: A technical hit man. Seriously. My job could be described like this:

You might like that description, or you might not, but that’s the way I viewed it in my early days, and that view was only reinforced once I became a small business owner. 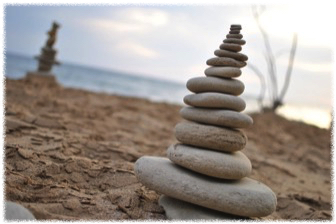 In my early days as a computer programmer, back around 1994, I was horrible. On one particular project, I estimated it would take 3-4 months of normal work to complete a project with a client, but it took over five months, with a lot of overtime. The actual cost of the project was more than double what I expected it to be. I thought the client would be furious.

But despite the delay in the project and the high cost, the client was fairly happy, and we continued to work on additional projects. Why were they happy? They told me later it was because I finished the project. Where other internal developers and consultants had failed, I had at least shipped the product, and they now had a product they could sell to their customers.

Once I became a manager, and later a small business owner, this belief that the most valuable employees make problems go away was reinforced.

If you haven’t been a manager before, let me tell you a simple secret:

Good managers really appreciate people who get things done. (And the faster, the better.)

By definition, a manager has a pile of things to get done, and limited resources he can use to get those things done. In my life as a business owner and manager, if an employee gets work done, that means:

Conversely, if an employee keeps bringing me problems without also offering solutions, or they move so slow that the competition beats us, they’re making my life harder, and in short, I’m thinking about how I can replace this person with someone else.

So my advice is simple: Think of yourself as a “technical hit man,” make problems go away, and you’ll be well-paid as a result.