Be good at what you do

This point seems obvious, and I hesitate to mention it, but if you want to be an excellent consultant, you should be good at what you do. To be clear, I’m not saying that you have to be great, but you certainly should be good. (Put another way, how can you possibly provide competent advice to others unless you’re good?)

For instance, in my opinion, most people that come straight out of college aren’t ready to be a great consultant. In the computer programming field, no matter how good you are as a programmer, you just won’t have the experience you need to be a great overall consultant. That being said, I do think that if you have the talent and ambition, you can be a terrific apprentice, and you should try to find a good consultant you can learn from.

Just as I don’t think most people straight out of college are ready to be a great consultant, if you’re not in the top 25% of your craft, you probably shouldn’t be a consultant. Maybe large consulting firms can get away with hiring average people, but if you want to work on your own as a consultant, or work at a small consulting firm, you have to be really good. Period. At least in the software industry, people will test you, and if you can’t pass their tests, you won’t get hired.

How do you know if you’re good?

I suspect most people know if they’re any good, but if you don’t, just look at your yearly reviews and see what they say about you. In my own history, I was getting 10-15% raises in the aerospace industry when others were being laid off, and my last performance review before starting Mission Data said, “Al, you are a freaking machine. Keep it up!”

You should also be getting excellent raises. Before I was a consultant, my salary almost doubled in my first four years out of college, increasing from $29K to $55K. If you’re only getting cost of living raises, you’re probably not meant to be a consultant.

You will be tested 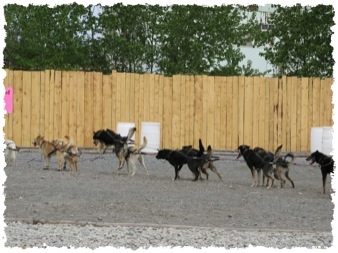 As I mentioned, if you’re trying to sell your services as a consultant, you will be tested. In the software world you may be tested during your initial meetings with prospects, where they bring along one or more of their gurus to drill into your head to see what you’re made of. Or it may happen later on, after you’re on the job, and other developers come over to quiz you. If you’re not good, word about your lack of skills will get around fast, I can assure you of that. And sooner or later it will get around to the people that hired you.

While these sorts of “tests” may primarily happen to people in the computer and engineering fields, I suspect they happen to some extent in every field. For instance, I never hired an accountant or lawyer without grilling them about what they knew about the computer consulting industry and small businesses. If they gave me direct answers I hired them, and if they didn’t, I didn’t.

Keep your skills up to date (training)

If you combine this chapter with my earlier chapter about “Where there’s mystery, there’s money,” you should see the need to continually train yourself on the latest products and technologies, and the importance of finding ways to test yourself.

As a consultant in the field of software development, I’ve had people ask me hundreds of questions over the years, from basic things about the Java programming language, to object-oriented programming, the Unified Modeling Language (UML), cost estimating, Function Point Analysis (FPA), CSS, JavaScript, DHTML, Spring, Hibernate, and many, many more programming-related questions.

As I wrote earlier, you don’t need to know all the answers, but you should know many of them, and you should also be very aware of the state of the art in your industry. For instance, I haven’t done very much with this tool called Hibernate, but I have played with it, and I know the basics of how it works. I’ve also read many articles of what’s good about it and what’s bad (the proverbial “lessons learned”), so I’m not a total newbie. For this particular toolset, that’s all I care to know right now — I don’t need to use it on any current projects — but there are other tools I do know much more deeply.

It has also been my experience that your clients and coworkers will really like it when you share some of this knowledge with them. You can say something as simple as “Wow, have you done any work with RMI yet? It’s so cool.” For me, this form of sharing is fun, and it encourages them to share with you, and importantly, not be intimidated by you. From a business perspective, it’s also a good way of building goodwill with others, and it never hurts to have some goodwill on your side.

Finally, if none of those other points convince you, I will say that I have seen customers suffer along with a consultant, even when the consultant is a total jerk, just because the consultant is good at what they do. Of course they git rid of him as soon as they can do without him, but they’ll usually tolerate him when they need his expertise.