Being a good person is good business

“The best way is to know the strict rules of karma,
and to work on our karma immediately.”

For anyone who knows me, I'm the high-paid consultant who accidentally unleashed a virus/worm on one of my customer's networks, and wreaked havoc on their business one day. To say the least, it wasn't one of the better days of my consulting life.

But more importantly, I'm also known as the consultant who (a) unleashed a virus/worm on my customer's network, and (b) continued to work for them for at least six more years, until I retired from the consulting world.

How did I survive that horrible event? One word:

First, unlike many other consultants I've met, I try not to be a jerk who thinks he’s better than everyone else. I'd like to think that I'm a decent person to work with.

Second, once their network people showed me that my Windows laptop was Ground Zero for the worm being released on their network, I thought about the recent events of my laptop, and realized they were right. (I had to shut down my antivirus software to install an application, and unfortunately I forgot to turn it back on, and in less than an hour my Windows laptop was infected with this worm.) So in the midst of a room full of angry people who would just as soon kill me, I apologized, said they were right, and asked what I could do to help fix the problem. In my mind, once I knew the facts, this was the right thing to do.

Quote from “Growing a Business”

As I wrote those paragraphs I thought about one of my favorite quotes from my favorite business book, Growing a Business, by Paul Hawken:

“Being a good person is good business.”

In a way I've been lucky to work as a consultant in a midsize city (Louisville, Kentucky, 16th largest city in the United States). The area is small enough that many people in the IT community know each other, so if you're a consultant, sooner or later your reputation catches up with you.

I had a similar situation in 1995, after I left the first consulting firm I worked with. I left that firm because I didn’t like the direction they were heading in. They seemed to value money and growth over quality, and they also had a tendency to treat customers roughly, especially if there was a question about money or a contract.

Just before I left that company in 1995, I was working with a regional telephone company, helping to set them up as an Internet Service Provider (ISP). When I was certain that the project was up and running, and in good hands with my client and my coworkers, I turned in my resignation at the consulting firm. 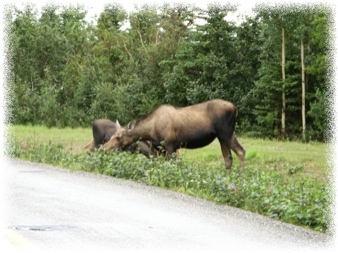 On our project there had been a dispute about something related to the contract, something that I was not involved in, but something that was making my sponsor more and more angry with our firm. (He was the CFO of the phone company.) Whatever that dispute was, I finished my project with the client and resigned before the two parties signed their contract. (I have no idea whether they ever had a signed agreement.)

While I felt okay with leaving the project at that time — there wasn’t much else for me to do personally — I felt bad about this dispute.

And then a funny thing happened: Whenever I went out to eat lunch or dinner somewhere, the CFO of the phone company kept eating at the same restaurant. While I don’t recall ever seeing him in public at any other time, we ran into each other at three straight restaurants. At the first two restaurants I politely waived to him, but didn’t go to his table to say hello. I felt embarrassed by the contract situation with my former company.

At this point Mr. Hawken’s quote that, “Being a good person is good business” really hit home.