“Let me have your view as to the reason of birth and death.”

Did you see how I ended that last chapter? I intentionally ended it with a question, a question that hopefully inspired you to think a little bit, and write down your thoughts.

What’s so powerful about that? The cool thing about this approach is that you own those thoughts. You came up with them, you wrote them down, I didn’t. All I did was ask you a simple question, and the odds are that you came up with the same answers I could have told you. When you ask questions and let your prospects and clients answer them, you’re doing the exact same thing, letting them sell themselves. 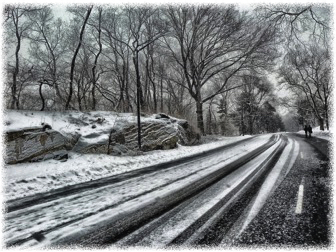 In my book, How I Sold My Business: A Personal Diary, I told the story of how I made one six-figure sale with less than ninety minutes of work after it looked like our company had lost the deal.

The short story is that I had the flu, and was laying in bed at home when my business partner called and told me we had lost a large sale to a competitor. However, he added that our prospect had not signed a contract with our competitor yet, and he thought he could still get our prospect to meet at lunch today, but he only wanted to arrange it if I could make it.

The prospect agreed to the lunch meeting and I got myself out of bed, heavily medicated. I actually knew very little of the project we were bidding on, but as our prospect described the project, and why she was going to go with our competitor, I realized that she thought the most important part of the project was “A”, when in reality it was “B.” Item A would cost about $50K, and both of our companies were very good at it, but Item B would cost about $200K, and we were clearly superior in this area.

Rather than saying that to the prospect directly, I used this questioning technique to let her talk herself into going with our company. I said things like, “As my partner has told you, I’ve been sick lately, and don’t know all the details of your project. I know the overall budget is about $250K, is that right? And how much of that is for Item A? And Item B? So Item B is much larger than Item A, and if Item B doesn’t work, Item A doesn’t matter, isn’t that correct? Do you know who will be working on Item B if you awarded us the project? And what about our competitor?”

I continued to ask questions in this way until the prospect convinced herself that we were the best consulting firm to go with on this project. She didn’t give us the project right there at the restaurant, but she called my partner within two hours to tell him she was awarding us the project.