The karma of a pessimist

As you can tell from this book, when I was young, I was a pessimistic person, but as I grew older, I worked hard to change my attitude into a positive, can-do person. If you think you can’t change your attitude, I’m living proof that you can.

When you study Zen, you learn about this thing called “karma,” and I believe it’s true that pessimistic people bring problems onto themselves because of their attitudes. In one case, I met a person at a three-day seminar, and on the first morning our conversation went like this:

Me: How was your hotel room last night?

Other Person: Too loud, too cold, the bed was too hard.

Me: How was your breakfast? That stack of pancakes was enormous. Other: The coffee was cold, and I can make better pancakes.

After several more conversations like this throughout the first day, I thought to myself, “I know exactly what I can do: I’m not going to ask you any more questions.”

In my experience, when all I get back from another person is negative feedback, I tend to quit talking to that person, or avoid them. I like to hang around with people who are fun, who help build me up, not bring me down. 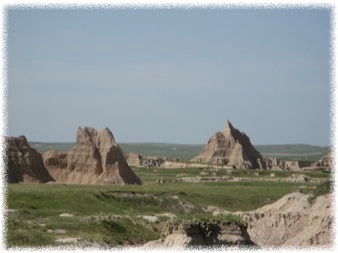 If I’m stuck working with a pessimist, I’ll try different approaches, including trying to pump up the pessimist with optimistic talk about how beautiful or cool everything is, what wonderful weather we're having, etc., but if it seems to have no effect, I’ll quickly give up. It takes a lot of energy to try to pump up a person with a bad case of “Stinkin’ Thinkin’”.

I had this problem one time with a person who briefly visited with me in Alaska. Having lived in Alaska for over two years, I know many wonderful places to visit up there, but after getting a lot of negative vibes from this person on their first two days, I quit asking questions on the third day, and generally just stayed on the main road. There were beautiful spots just a few miles off the main roads that very few people knew about, but I just drove straight ahead without saying a word. “Shoot,” I thought to myself, “I can see these spots next week, why bother taking this person there?” I had a “book on CD” in the car, so I just put that in, and we listened to it as I drove from one motel to the next.

Alaska is one of the most beautiful places in the world, and if you can't enjoy the outdoors here, wow, good luck to you. In addition to being a beautiful place, it’s also a very expensive place to get to. By the simple act of being a buffoon, this person spent a lot of money, and saw very little.

As you can see from these examples, the karma of a pessimist is that the pessimist sets in motion a course of events where they see less in life, and thereby get less out of life. Beyond that, people avoid them, just like I’ve rarely seen this person again. I’m not an expert in psychology or even karma, but in my experience it seems like a pessimistic attitude leads to a self-fulfilling destiny where a pessimist may not do interesting things, and they may not have many friends.

In rural Alaskan communities there are dogs that just wander down the roads, and they look incredibly happy to just be alive. They wag their tails happily when they approach strangers, and love to be patted on the head. My advice is that if you approach your life like these dogs, and smile and seem happy just to be alive, you’ll be amazed how many people will pat you on the head and give you something to eat. (They’ll also take the time and effort to show you the coolest vacation spots in Alaska.)

This doesn't apply to work, does it?

If you think that being a pessimist isn’t a self-fulfilling prophecy in your work life, think again.

A long time ago a coworker of mine had the same problem. Despite having a ton of energy and being a very sharp guy, he was always a pessimist. He would always tell our supervisor how hard something was, and that it couldn’t be done the way he wanted. After a short while our supervisor quit asking him to do anything.

In the end — even though this other person had as much talent as I did, or even more — I did all the things that were “impossible,” and he was let go. When I later started my own consulting business, this same company became one of my pillar clients, and we earned at least a million dollars in consulting fees from them.

After this other person I’m referring to was fired, he blamed this company for his problems, saying it was an impossible situation. He then went from one job to another, eventually quitting each job or being fired, and his attitude never changed. Along the way nobody ever told him the truth — that his attitude was holding him back — and each time he blamed the company he just left for his problems. (If I had known then what I know now, I would have taken him aside and talked to him, but I didn’t know how to help him back then.)