“When you become you, Zen becomes Zen.  When you are you, you see things as they are,  and you become one with your surroundings.”

By now you’re a trustworthy person who makes problems go away. What more could a client want? 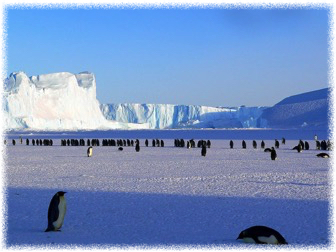 In my role as a computer software consultant, I’m often paid more than twice the salary my client’s programmers make, and I also get to work on the exciting, new projects, while they get to maintain the old stuff. (This is like your spouse hiring someone else to design and plant a beautiful new garden, while you get to cut the grass.) So when I’m working at a client site, an important role for me is to not create any more problems for my sponsor than they’ve already created by the sheer act of hiring me. (I refer to the individual(s) who hired me as my “sponsor,” and I’ll use that term here.)

This means the following:

So the first thing you do at a client site is simple: Don’t create problems for your sponsor.

You also need to avoid office politics and traps. These come in many forms, including:

I alluded to this briefly, but while you should never create a problem for your sponsor, you should also keep your eyes and ears open to new opportunities.

In a perfect world you’ll solve a problem for Department A, and your sponsor will then refer you for a problem in Department B. While it often works that way, I’ve also won new business by being aware of new business opportunities at a client location by simply keeping my eyes and ears open, and by making friends.

The funniest (and most profitable) example of this I can recall is when I kept running into a Senior VP in the hallway of a Fortune 500 company. My work had nothing to do with his department, but by the sheer act of constantly running into him in the hallway, we finally had a conversation one day. He stopped me in the hallway and asked who I was, and what I was working on. I introduced myself, and told him what I was working on. He said something like, “You’re always smiling and you seem like you’re in a hurry, so I had to ask who you are.” I told him I’d try to slow down a little, and he said, “That’s all right, I like to see it.” And then he said with a wink and in a hushed tone, “Keep smiling, people will wonder what you’re up to.” A few years later I received more than a million dollars in business from this gentleman.