The most important thing I can tell you about selling is to put down this book, and go buy a copy of How I Raised Myself From Failure to Success in Selling, by Frank Bettger. It’s an old book, but it’s the single most important book on “selling” I have ever read.

In addition to that suggestion, here are a few other important sales tips I know. 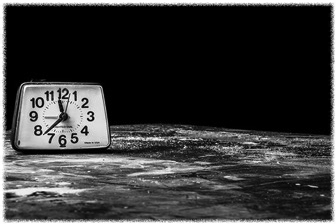 As Mr. Bettger writes, when you first start out, sales is a number’s game. If you need to see one hundred people to make five sales, then by all means get out there and meet one hundred people. As a way to make sure you’re really “seeing the people,” keep written records of the people you talk to. The records will initially give you goals to achieve, and later give you confidence, and serve as a database of information that you can use to learn what works best for you. With modern software like Salesforce.com and others, this is easier than ever.

In the first chapter of his book, Mr. Bettger shares several stories about how a lack of enthusiasm in his own life almost ruined his baseball career, and later almost ruined his sales career. This is truly one of the best chapters on selling I’ve ever read.

The best salespeople I know always follow the practice of assuming the sale. They assume that at the end of the sales meeting the customer will be ready to buy, so they have a contract typed up and ready for a signature.

The process is simple: You go through a meeting, make your presentation, show the client how you’re going to solve their problems, then have a piece of paper ready to be signed. “Mr. Customer, as you’ve seen, our proposal is $10,000 for this solution, and I’ve taken the liberty to write this up, as you can see here.” You hand them a piece of paper and a pen, and show them where to sign.

It doesn’t always work that easily, but you’d be amazed if I told you how many salespeople went into a meeting without having something a customer can sign. Don’t be timid like that, you’re just wasting time — Assume the close!

Going all the way from simple sales lessons to an advanced lesson ... the best salesperson I’ve ever known was excellent at doing something called “qualifying” prospects.

I discuss this in my book, How I Sold My Business: A Personal Diary, but in short, you’ll get a surprising number of calls from people who don’t actually have a budget, or otherwise can’t afford your services. (In fact, as I edit this book in April, 2012, I just had one of these calls last night.)

When you first start your consulting business you may want to meet as many prospects as you can just for the practice of the meetings, but once you’re successful, you’ll want to qualify your prospects to make sure you don’t waste your time. A terrific and simple way to do this is to ask the simple question, “What is your budget for this project?” You’ll often find that the people you’re talking to have no idea what the project might cost, or that they don’t even have authority to spend their company’s money.

What to give away

One of the hardest parts about consulting is trying to decide what to give away during your first sales meetings with prospects. When I’m “on the clock” with paying clients I’ll tell them anything I know, but when you’re “off the clock” in a sales meeting with a new prospect, this is a delicate situation. You want to earn their business and prove your worth, but you also don’t want to give away the solution.

My personal advice is that you give away what you think you need to give away to win the deal ... without giving away the solution. For instance, if a prospect is really pushing me to give them answers about solving their architectural problems, I might draw some diagrams on a whiteboard showing what I’ve done in similar situations for other clients, but if they keep pushing me to solve their problem, I’ll finally say something like, “Guys, that’s what I get paid to do. Beyond that, I won’t claim to understand your complete problem in the short time we’ve had together in this meeting.”

Gerald Weinberg said this very well in one of his books:

“If they didn’t hire you, don’t solve their problem.”

I can recall that twice in my career prospects that didn’t hire me called me later to complain about a “solution” I discussed. I had to kindly tell them they didn’t hire me, and therefore I have no idea how they interpreted or implemented what I said.

As a final tip here, because I had a business partner at Mission Data who handled most of the sales work (while I played a role I called “sales engineer”), I could let him cut me off whenever I started giving away too much information. He could play the “Bad cop,” and say what I mentioned earlier, “Mr. Prospect, we get paid to answer detailed questions like these. If you’d like to sign this contract now, we can get started on that.”