“What is your original face before your mother and father were born?”

I don’t remember where I heard it first, but possibly the most important phrase I’ve ever heard related to the consulting field is this:

When I began my consulting career in 1993, I was fortunate to have learned about the Unix operating system through my work on a NASA project. Back then, understanding Unix was a rare skill, and with things like client/server software gaining popularity — and the Internet about to explode — I was in a great situation. Although I didn’t yet know how to find customers, I knew Unix, and potential clients needed people who knew Unix — it was a “mystery” to them.

I could have ridden that wave for a while, but I was more interested in computer programming than being a Unix or network administrator, so I learned about object-oriented programming (OOP) and the Java programming language. Fortunately I had once again had stumbled onto a “mystery,” and in the late 1990s and early 2000s you could easily charge $125/hour or more for programming services. Customers only knew that they needed web applications, but how to create them was a mystery. 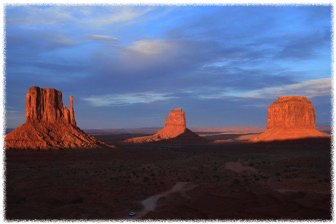 As I write this book in 2012, most programmers know about Java, OOP, XP, and Scrum, and in fact they also know about many other things like Test Driven Development (TDD), Behavior Driven Development (BDD), web services, “big data,” and much more. In fact, most programmers are now familiar with multiple programming languages, and if you can’t write in other languages like Scala, Groovy, Python, Ruby, or PHP, you look like a slacker.

The point of this discussion is that as a consultant, at least as a software consultant, you need to keep looking for the mystery. You need to have a feel for where the market is moving, where the next great technology is coming from. If all you know these days is Java and OOP, you’re probably still worth something, but not nearly as much as someone who knows some of the specialized technologies I mentioned. If you want to make the big money as a computer programming consultant, you not only need to keep from having your skills become obsolete, you also have to be aware of the cutting edge.

For consultants in other industries this may sound a little extreme, but in the computer industry, there are many stories of companies who were popular one year, and dead the next. For instance, in the early 1990s, a company named Novell sold software that provided the way for building computer networks. But by the end of the decade they were obsolete, wiped out by Microsoft and Cisco. A consultant who made over $100,000 a year by working with Novell products in 1993 was worthless by 1998 — unless he kept his skills up to date and learned the Microsoft and Cisco tools.

Exceptions to this “mystery” rule?

Are there exceptions to this “mystery” rule? Maybe there are, but I don’t know of any. As I think about the different service-oriented professions I know — web designers, advertising agencies, lawyers, and accountants — they all have to keep learning.

For instance, because I know relatively little about the artistic part of web design, I’d like to think that great web designers should be set for a long time. You’d think they wouldn’t have to learn much because people like me will never be able to break through that “artistic barrier of entry” (a mystery). No matter how hard I try, I’ll never be able to make a website look as good as someone with artistic talent. But when I think of what they’ve had to learn over the years — from HTML to HTML 5, CSS to CSS 3, JavaScript, DHTML, Flash, etc. — I know they also need to constantly update their skill set to stay in the mystery.

I’ve worked with several lawyers and accountants, and you’d think they wouldn’t have to worry, businesses will always need their services. But the best lawyer I know told me he always had to learn new case law.

While I'm in the neighborhood of writing about attorneys, I love my tax attorney, and he charges over $200/hour. But, because he's kept up to date with the latest laws and court decisions, he’s saved me money on several occasions. Imagine that: A consultant charges you over $200/hour, but you love the guy and never hesitate to call him because he knows his stuff and can help you save or make money. Now that is a good consultant.