Mac antivirus and malware software (Is it needed?)

Whether you should use any Mac antivirus software is a very interesting question. I've been using one or more Mac systems since 2005, and have never used anti-virus software. A former client used some sort of Mac antivirus software on an older iMac, and it made several things very hard to use. I remember one of our programmers tried to use their iMac as a developer workstation on a daily basis, but the antivirus software kept creating problems with the CVS or SVN system, and he finally had to quit using it. 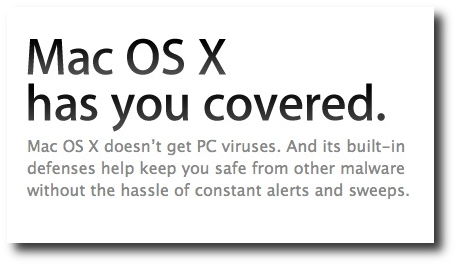 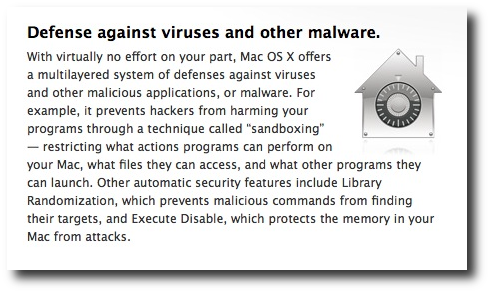 What does Mac antivirus software do?

Sorry, but I don't know that answer ... I can only assume that they are scanning your Mac OS X systems for Windows viruses and malware, which is a totally useless approach on a Mac system. The only benefit I can see them offering is that if there ever is a Mac virus, by having their software already installed on your Mac, you should receive an update to your antivirus definition files, and in theory you'd be protected quickly.

(The only way for me to know what their software is actually doing is to install it and run it on my Mac system, but sorry, I'm not going to do that, not yet.)

Apple is on the lookout for viruses and malware

One thing to mention here is that Apple is already very much on the lookout for Mac viruses and malware. I wrote about this in an earlier article (see Apple Mac antivirus and malware software where I found specific evidence that Apple has built some Mac antivirus capability into Mac Snow Leopard (Mac OS X 10.6).

And as for Apple "having you covered" against Mac viruses and malware, here's a link to Apple's security page where the make the statements shown above.

In summary, Apple doesn't recommend buying Mac antivirus software, and at the time of this writing (early 2011) I don't use it or recommend it either. The things you have to ask are (a) What would they be scanning for?, and (b) Do I want to buy Mac antivirus software for the event there one day is a major Mac virus? For me, I'll wait until then.