A week ago or so, a friend of mine told me about a game called Mindflex where you can use your brain waves to control a styrofoam ball. Ever since then, I've been wondering if you could do something like this with an Arduino.

This video shows an attempt at doing that:

Here's a link to that video:

It looks like they used the headset from this game in building their device:

Here's a photo of that headset: 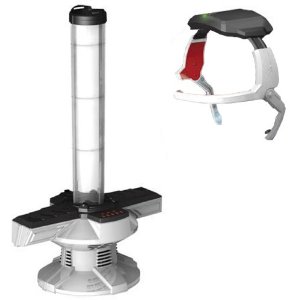 This link from Make Magazine shows a group of people that have gone very deep in this attempt to build a biofeedback device with Arduino:

This looks like another great Arduino biofeedback EEG project:

Last but not least, here's another link to that Mindflex game:

A little later ... here are a few more links: