Knowing of my interest in Zen, a friend of mine sent me this photo of a letter from Albert Einstein to a parent grieving after the loss of a child: 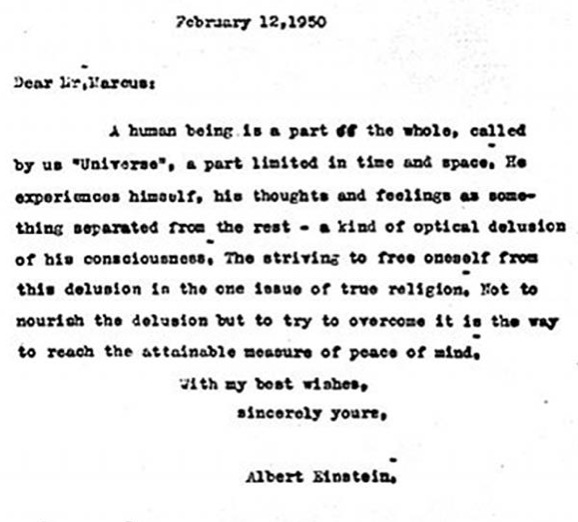 If you know something about Zen, you know that Einstein is writing about the “oneness” of the universe. Zen tries to teach us about this through techniques like Zen Meditation (zazen), and the concept of all things being interdependent.

I don’t know what Einstein knew about Zen Buddhism, because Zen wasn’t popular or even well-known in the United States during his lifetime, but he certainly understood interdependence.

For more information on Zen, I’ll refer you to one of my favorite websites, the Kwan Um School of Zen.