How to make a rounded rectangle in GIMP

By Alvin Alexander. Last updated: January 6, 2020
any donation (through ko-fi.com) will help keep this site running
thanks!

Convert it into a rounded rectangle image

Now that you have an image to work with, you’ll convert that image to a rounded rectangle with Gimp, where the edges of the rectangle will be transparent:

I just followed those instructions and created this exciting rounded rectangle image: 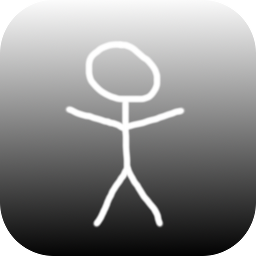 About the “transparency” step

The step of adding transparency to your image can be a little more complicated than what I described if your image has multiple layers, so I’ll add a few notes about that.

First, even when I have multiple layers in an image -- which is about 95% of the time -- I usually only have one layer that fills the entire image, especially if I’m working on an app icon. In this situation, select the layer whose image fills the entire area, then click Layer > Transparency > Add Alpha Channel. That might be enough for you, but again, this can be a little tricky, depending on where your layers are with respect to the four corners of the image.

If that approach doesn’t work, flatten the layers of your image into one layer with the “Merge Down” technique. (Right-click the top layer in your list of layers, click “Merge Down”, and keep repeating that step.) Once you have just one layer, you can click Layer > Transparency > Add Alpha Channel as described originally.

There are other variations of what you can do here depending on your particular image, how many layers it has, and where those layers are positioned, but hopefully that’s enough to get you started in the right direction.

In summary, if you wanted to see how to create a rounded rectangle in Gimp, I hope this tutorial has been helpful.