If you have a problem where your Mac/macOS screensaver won’t start, I hope to be able to help you in this article. The same problem happened to a friend, and after a LOT of research, we were able to work through it to get her Mac screensaver working again.

The short story of the problem (and solution) is that she had used Apple’s AirPlay to mirror her computer screen to her AppleTV. From what I can tell, after she did that AirPlay doesn’t automatically shut itself off, and it was preventing the screensaver from starting.

The solution to her particular problem was to kill the AirPlay process running on her Mac. When we did that, the AirPlay process was automatically restarted, but when it starts running again it doesn’t interfere with the screensaver. The rest of this tutorial explains the process of troubleshooting the problem, which can go way beyond AirPlay.

Note: If you don’t care what’s causing the problem and you just want it to go away, you can try rebooting your Mac at this time. That might work.

As a small piece of background to this general problem, what’s probably happening is that there is a process (application) running on your Mac that’s preventing your screensaver from starting.

At first I thought we’d have to go to the Mac command line to solve this problem, but then I read that you can see which processes are “preventing sleep” by using the Mac Activity Monitor application. To see this, start the Activity Monitor by following these steps. First, click the Applications icon in your Dock, and then scroll down and click the Utilities folder:

Inside the Utilities folder, click the Activity Monitor icon: 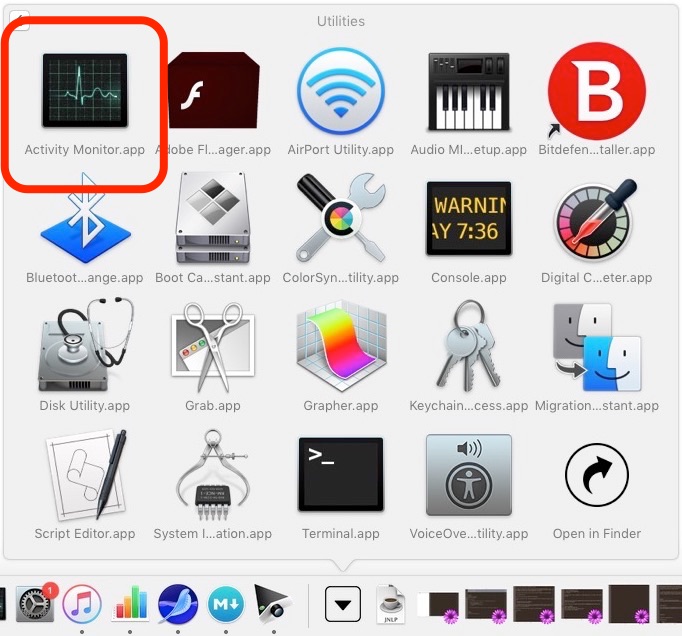 This starts the Activity Monitor application, which looks like this: 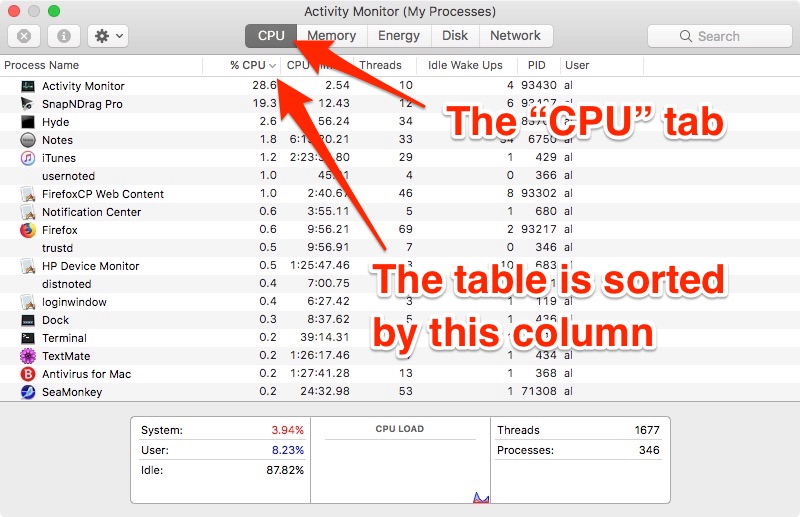 After starting the Activity Monitor, make sure the CPU tab is selected, as shown in the previous image. As the Activity Monitor runs you’ll probably see the processes jump around in the view. This is because by default, the view is sorted by the %CPU column. To stop things from moving around, click the header of the Process Name column. This sorts all of the processes alphabetically. (You may have to click it twice to sort it in order from A to Z, rather than Z to A.) The nice part of this step is that the processes will quit jumping around. When that column is sorted alphabetically it will look like this: 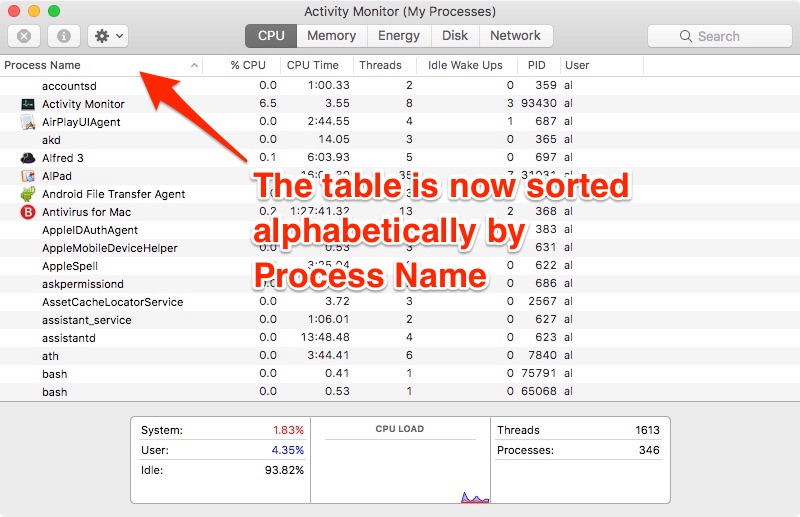 What you need to do next is add a column named “Preventing Sleep” to this view. To do that, right-click on any of the header fields. For example, right-click the Process Name name column header. This brings up the popup menu shown in this image: 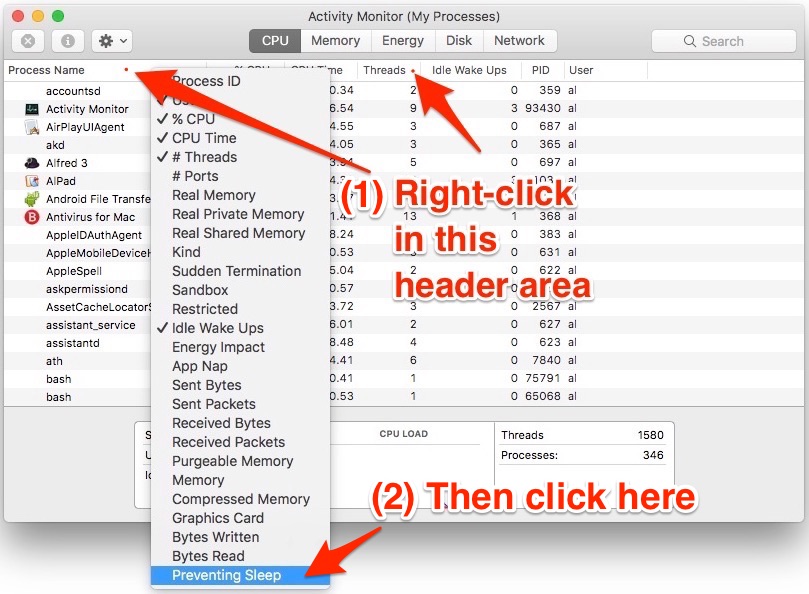 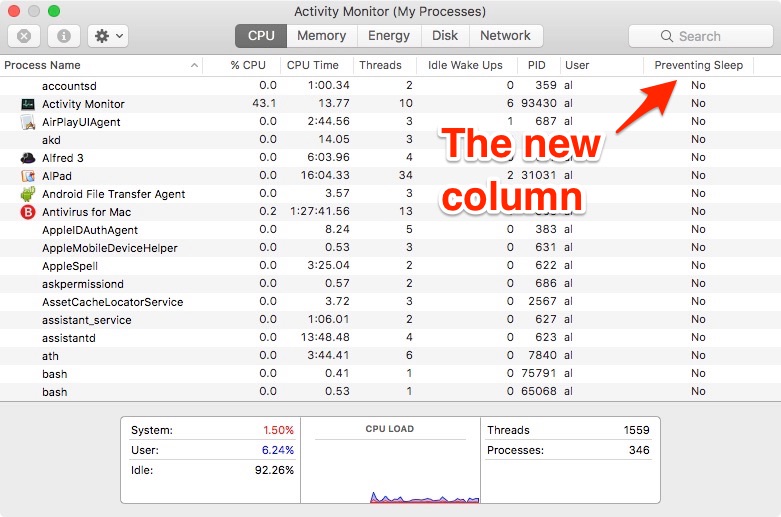 Finding the process that’s preventing the screensaver from working

The thing to do now is to scroll through the Preventing Sleep column and look for the word “Yes.” If you have the same problem my friend had, one (or more) of these rows will show the word Yes instead of No. This means that the process that’s identified by that row is the one that’s stopping the screensaver from working.

As an example of what I mean, imagine that the “HP Device Monitor” row in this image had a Yes in the Preventing Sleep column: 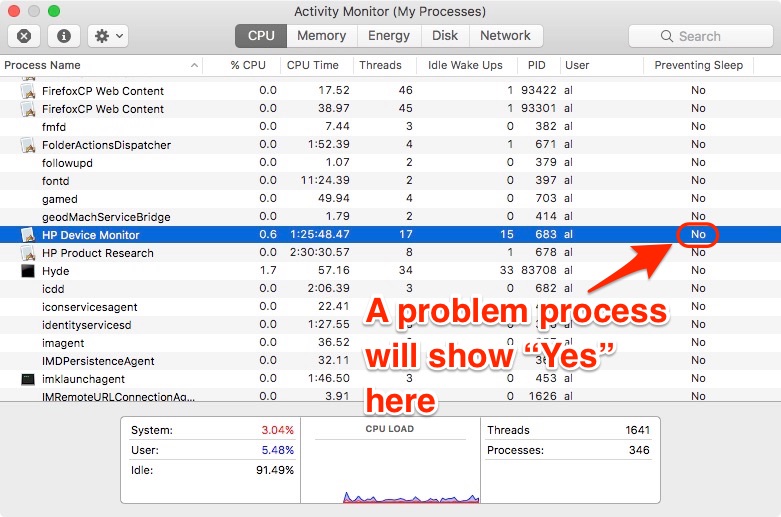 If there had been a Yes in that column, it would indicate that the HP Device Monitor is preventing the screensaver from running.

In my friend’s case the process that had Yes in the Preventing Sleep column was named “AirPlayUIAgent.” I don’t have an AppleTV so I don’t know much about AirPlay, so one possible solution to her problem was to find a way to turn AirPlay off.

That being said, the more general solution to the problem is to kill the offending process, with the help of the Activity Monitor. In the case of AirPlay, I felt comfortable that it would automatically restart after we killed it, so we took this approach. (I’ve been a Unix systems administrator since the 1990s, that’s how I knew that.)

This brings up a “process information” dialog that looks like this: 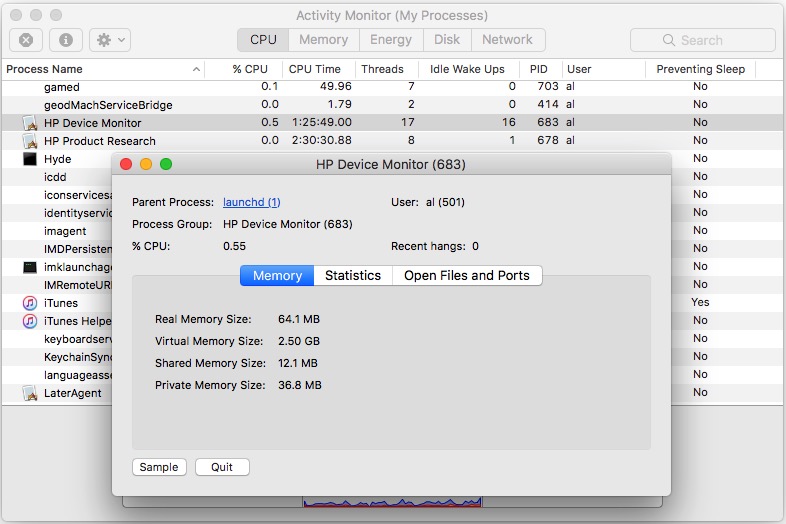 On this dialog, click the “Quit” button at the bottom. This will show a confirmation dialog that looks like this: 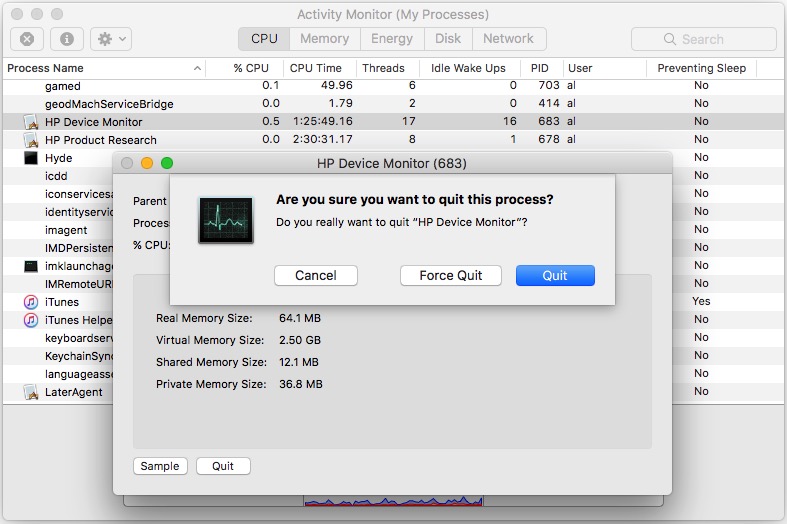 If you’re not comfortable quitting a process ...

If you’re not comfortable with killing/quitting a process, here are some other things you can try:

Before moving on, there are two things to do. First, make sure you look at every process listed in the Activity Monitor and make sure that none of them have a “Yes” entry in the Preventing Sleep column.

After you confirm that, you can remove the Preventing Sleep column from the view with these steps:

When you do that, the Preventing Sleep column should go away. You can quit the Activity Monitor now if you want, you shouldn’t need it any more for this problem.

Once that column was changed to No, I assumed that the screensaver would work properly, but we went ahead and tested it to be sure. To do this we followed these steps:

After you do that, step away from the keyboard and mouse and let your Mac sit there. After a minute the screensaver should start. Once you’ve confirmed that it’s working properly, go ahead and set the “Start after” time back to whatever time you want it on.

There are other possible problems that might keep your Mac screensaver from starting properly — such as a MacOS bug — but I suspect that something like this is the most common problem.

One other problem I inflicted on myself several years ago that seemed like a screensaver problem went like this:

If your Mac screensaver won’t start properly, I hope the instructions in this tutorial are helpful in getting your screensaver working again.