Please note that the Amazon rankings would be almost 5.0, except that we had some early printing problems that have since been resolved.

About the book versions

Please note that because of size considerations I had to omit a few lessons from the paperback version of the book, so I made those lessons available online for free.

A great reason to buy Functional Programming, Simplified is because I tried to take the best ideas from the books on the right side of this image and include them in the one book on the left: 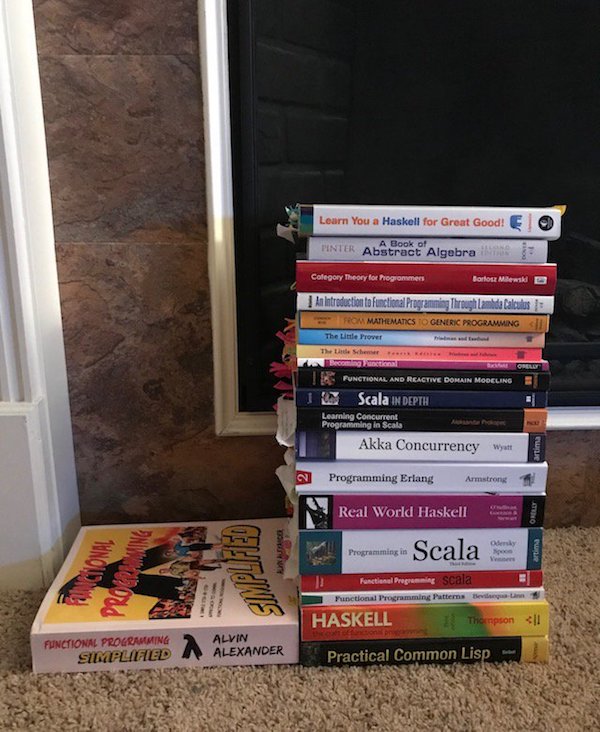 If you’d like to preview the book before buying it, see this page for free preview options for Functional Programming, Simplified.

I’m glad to say this:

2% of the profits from the book will be donated to The Scala Center.

This is a small way to “pay it forward,” and show my gratitude to the creators of the Scala programming language and the Scala community.