” a few days ago, and here’s a quick review of it.

First up, here’s an image of the IVSO folio with my Nexus 9

. I placed a standard-size playing card on it so you can see its relative size: 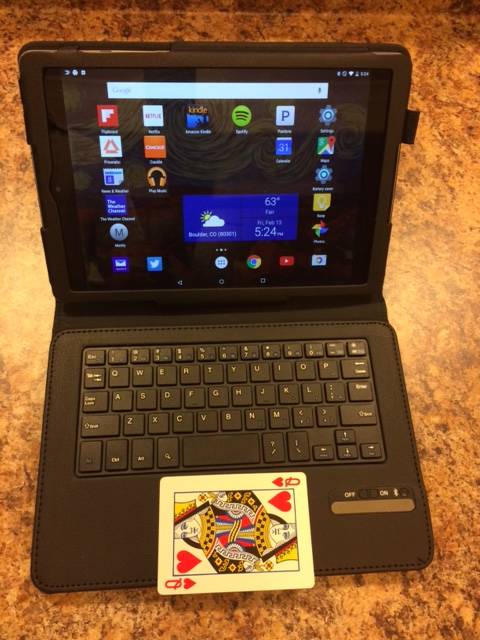 Here’s a list of what’s good about the IVSO Nexus 9 folio case:

About those IVSO Ctrl and Alt keys ...

As mentioned, the IVSO has Ctrl and Alt keys. I have no idea what good those do on a Google Nexus 9

or any other Android device: 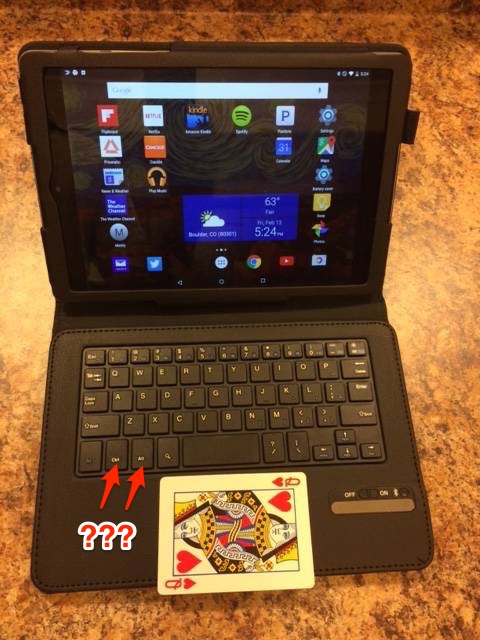 This design gives the impression that IVSO just slapped a miniature PC keyboard inside a Nexus 9 size folio. It sure would have been nice to leave those off so that little spacebar could be wider.

I definitely don’t love the IVSO Nexus 9 keyboard/folio ... as I write this I’m trying to decide if I like it.

I’m currently developing some Android apps, so I do like having something to tilt the Nexus 9 up a little bit while I work. So that’s worth a few dollars. That being said, I bought the IVSO so I could have a useful keyboard for when I need to type a lot into my apps, or compose emails, and ... it’s really not great.

What I’m thinking right now is that there’s no way I’d want to compose something longer on that keyboard. For instance, I would not want to try to compose this blog post on that keyboard; that would be close to a root canal. As mentioned, it’s better than typing on-screen, but it’s not a lot better, which is what I was hoping for.

I think the IVSO designers made a significant mistake in trying to match the dimensions of the folio to the dimensions of the Nexus 9. What I mean by that is that they could have added a quarter inch or more to each side of their folio, giving us a larger/better keyboard, and giving me space to touch the top of the display to pull down my notifications.