“All problems are illusions of the mind.”

Apple Xserve: Nobody using Xserve or WebObjects, why support Java?

With Apple's recent Mac Java deprecation announcement -- and their otherwise complete silence on the issue -- there is one other thing people can read in the tea leaves that I haven't seen mentioned anywhere else yet: Nobody is buying the Apple Xserve server device.

Put another way, if customers were buying the Apple Xserve in droves, Apple wouldn't deprecate their Mac Java support, would they? Surely nobody is buying an Xserve to run a LAMP stack, and they're certainly not buying them to run Windows, so running Java on the Xserve would basically be their only market. And since WebObjects is an Apple Java application server, it's also safe to say that nobody is using WebObjects either.

By deprecating Mac Java support without providing an alternative, it's clear that the Apple Xserve market is irrelevant.

Update on November 5, 2010: As I predicted just a few days ago, Apple just announced that the Xserve is dead. As they say in the news, you heard it here first. 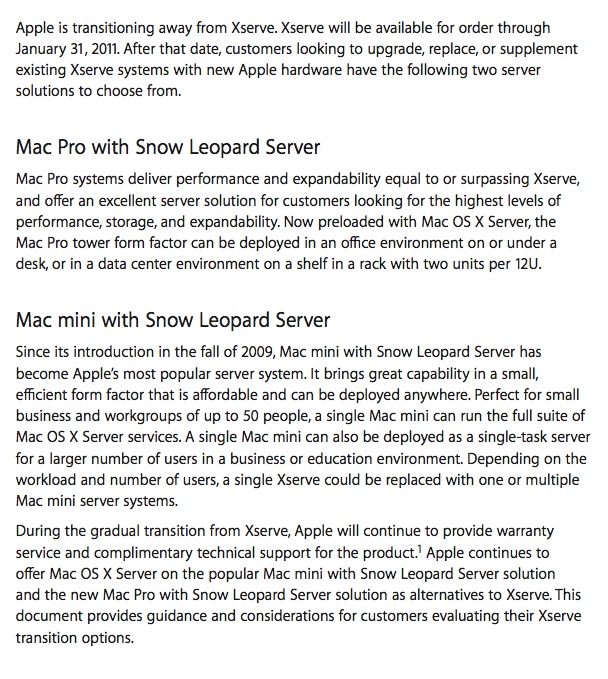 (The initial part of this article was originally posted on November 3, 2010.)