A Gimp circle tutorial: How to draw a circle in Gimp

Gimp FAQ: How do I draw a circle in Gimp?

I just used Gimp to create several circle images in my iPhone Safari browser privacy and security tutorial, and this is a short tutorial on how I created them. For purposes like that I create hollow circles to highlight something in the original image, so I’ll demonstrate that here, and I’ll also show how to create solid circles in Gimp, which are even easier to create.

Update: I included a video at the end of this tutorial that demonstrates everything I describe in the text that follows.

How to draw a circle using Gimp

Here are the steps to creating a circle in Gimp, specifically a hollow circle:

Assuming that all worked, congratulations, that’s how you create a circle with Gimp. Using these steps, you should have created a hollow circle in Gimp that looks like the hollow circle on the left of this image: 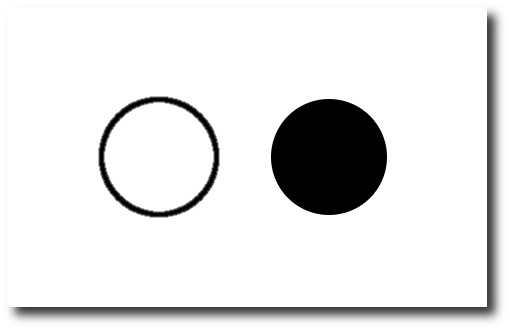 As noted in the Comments section below, if on Step 4 of these instructions you jump right to the “Fill with FG Color,” you’ll end up with a completely filled circle, as shown in the right of this image.

Creating an actual circle in Gimp (not an ellipse)

As soon as you start drawing with the Gimp ellipse tool you’ll see that it really wants to create an ellipse, and not a circle. To create a circle in Gimp, hold down the [Shift] and [Alt] keys as you drag the mouse, and you’ll see that it creates an actual circle.

About that Gimp layer

Note that it’s not 100% required that you create a new layer to draw your circle on, but, layers are good things, and the sooner you get used to working with them, the sooner you’ll be a better Gimp user.

I created this short (two minutes, thirty seconds) Gimp video to demonstrate the steps described above:

I hope this tutorial on how to create a circle in Gimp has been helpful.