My old iPad 2 was, well, old, and it’s slow speed was driving me crazy. So I decided to buy a new tablet, but when I made that decision I also decided to look around, and in short, I eventually decided to buy a Google Nexus 9. After a few days with it, here’s my review of the Nexus 9. (Skip to the Summary at the end if you just want to know my rating.)

Apple users like to write about the “unboxing” experience, but the Nexus 9 unboxing experience was a non-experience. The Nexus 9 comes in a simple box, and there’s nothing special about any part of the process. 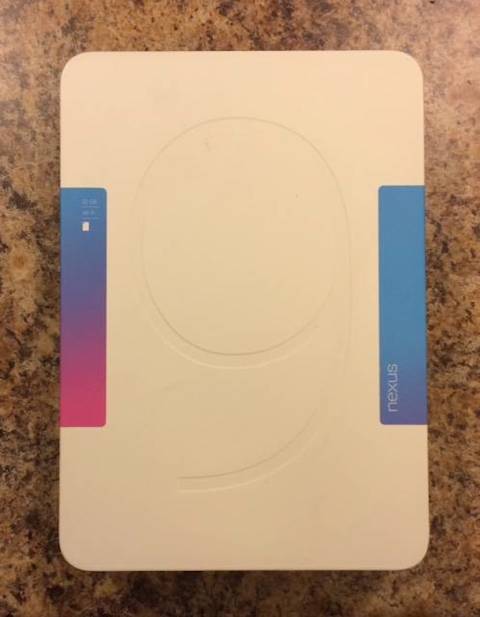 Black is the new white

There was one initial shock: “White” is apparently black. I ordered a white Nexus 9, but when I received mine I saw that the front of it was black. I started to put everything back in the box so I could return it, and then noticed that the outside of the box said this really was a white Nexus 9. I checked the serial number on the outside of the box and on the back of the Nexus, and they matched. Hmmm.

Cutting to the chase, I checked Google’s images online, and sure enough, the “white” refers only to the back of the Nexus 9. The front of all Nexus 9 devices are black. That was disappointing because I really like my white iPad, but I took everything out of the box and began charging the device.

It's important to note that the Nexus 9 comes with almost zero documentation. That's okay for me, but for a non-techie, that has to be bad. I also wish there was some documentation that says, “Here is how you can use your iTunes music on an Android device.”

I haven’t had time to update this article, so after a few weeks with the Nexus 9 I’ll add these comments:

Here’s what I’ve found to be good about the Nexus 9:

The Nexus 9 also has its weak points:

Experienced Android users seem to be disappointed that there’s no MicroSD slot in the Nexus 9, but since I never had that feature before, I can’t miss it.

The mix of good and bad

Some Nexus 9 features are a mix of good and bad:

The apps I use

I use the following apps, and all of them work well on Android 5:

In addition to these, the following Google/Android apps were a pleasant surprise:

One app people might miss when making the switch is iMessage. I use that on my iPhone all the time, but didn’t use it on my iPad, so it’s not a big deal for me.

As mentioned, I don’t like the Google Play Music “cloud” approach, so I also need to find an app to play music that integrates well with iTunes. I’ll probably give DoubleTwist a try the next time I have some free time. (Update: It looks like Google’s Play Music app may work with MP3s stored locally; I need to learn more about this.)

What I miss about the iPad

I definitely miss several things about the iPad:

What I’ve gained by using the Nexus 9

At the moment, the only gain I can think of is that the “tap to wake” feature of the Nexus 9 is nice. Of course it’s also faster than my five year old iPad at many things, but I expected/hoped for that going in. (I should note that I don’t use Google Now; there may be some things there that I’m missing.)

It’s important to note that privacy can be an important factor when choosing Android. Since you’re always signed into Google it can feel like Big Brother is tracking your every move. Frankly, this concern has kept me away from using Android devices for a long time. I thought about this quite a bit before buying the Nexus 9, and finally decided that I don’t use a tablet often enough for this to be a major concern to me. I mostly check my email, read news on Flipboard and Prismatic, use the Kindle app, check the weather once or twice a day, and watch shows on Netflix.

The system performs well, the display and sound are decent, apps are solid, and some features like “tap to wake” are an improvement over the iPad, but I can’t get past the annoyingly small power and volume buttons.

Not having a simple way to get my MP3 files into a music player app that plays songs from local storage is also a weakness. For example, because of this, I can’t recommend the Nexus 9 to non-techie friends. It looks like Google Play Music may be able to play my MP3s if I use Android File Transfer -- or maybe it works some other way -- but until I figure that out, this is a real negative.