Marty's office is in a nice part of town, but it's not near any of our customer sites, and to the best of my knowledge, it's also not near any of our employee's homes. To my further relief, I found that his office was in the back of a small business complex, one of those office areas with a series of one-story buildings with about six or eight offices per building, and his office was near the end of the last strip facing a small forested area. From here it would have been nearly impossible for anyone to see me park my car and walk into the office of a business broker. If I didn't feel like I was sneaking around earlier today when I decided not to wear any of our company logowear, I definitely felt like it now.

David didn't want to come to the meeting, so Jack met me in the parking lot, and we walked into Marty's office together. I've walked into hundreds of offices in my consulting career, but for the first time since I went to see a prospect in a bad neighborhood of our city, I began wondering what I was getting myself into. "Don't worry," I kept telling myself, "you're the customer this time, and if you don't like it, you can just say you're not interested and walk away." 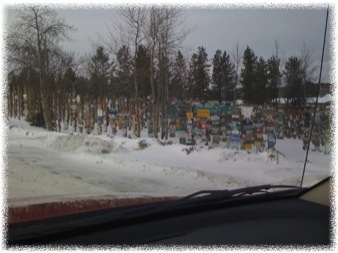 I go by instinct a lot when I meet people, and during this meeting I came to like Marty. We met for nearly three hours, and I didn't see or hear anything to make me distrust him. If we were living in the south I'd say he was a prototypical southern gentleman, but here in the midwest I'll just say he struck me as an honest man, and he reminded me of my first boss out of college, which is a positive comparison. I guessed his age at somewhere in his sixties.

His office was very conservative, and although he mentioned that he had a part-time secretary, she wasn't there this afternoon. While our office is overloaded with computers and computer parts wherever you look, he had two computers visible in his office, one on his desk and another for his secretary, and they weren't exactly the latest/greatest models. Looking around, except for seeing the computers, the office reminded me of a Columbo tv episode from the 1970s.

Marty began the meeting much the same way Jack and I normally begin a meeting with a new prospect, giving us a little bit of literature and a brief history of his company. While our literature consists of glossy, full-color pages printed on a nearly-$2,000 printer, Marty's literature was a short two-page plain text on white background document, basically a resume, detailing his business experiences.

He started his own company, sold it, and then bought it back when things went bad for the new owners. He built it back up again, and (amazingly and amusingly) sold it back to the same people.

Still longing for something to do after selling his business twice, he became involved in two other businesses, eventually helping to sell them. After that he realized he had stumbled into a career he enjoyed, and he set up shop. Since then, he has been involved in eighteen business transactions, and gave us several references to call.

Interestingly, Marty next handed us a document, which turned out to be a very simple non-disclosure agreement. To my surprise, it's nothing for us to sign. It's a document that says that even in this preliminary "exploratory" stage, he won't disclose anything we talk about here today. He signed this document, made a copy on a modern, multi-purpose copier/printer/fax machine, and gave us the original.

Financial information about our business

Next, Marty told us we didn't have to give him any exact numbers, but he would like ballpark numbers about our business, including revenue, profit, how many employees we have, etc. At this point I was very suspicious, and despite his NDA, I didn't feel comfortable sharing this much information. Rather than dance around the issue, I just told him that.

To help me relax, Marty turned to his computer, typed something in, and then proceeded to tell us about the financials of our company. When the information he told us sounded extremely accurate, I asked him how he got it. He invited us over to look at his computer monitor, and on his screen I saw a DOS-based application with very accurate financial information about our company. I have no idea how long I stared at it, but it was right. We don't share our financial information with anyone, and I was really stunned to see it on his screen.

I asked Marty where he got it, and he said it was standard software in his business. (I'm writing this story some seven years later, and unfortunately I don't remember the name of this software, but I'll guess it's related to Dun & Bradstreet, Risk Management Associates, Hoover's, or a similar firm.) He said all of this information was culled together from various tax and business filings, and that he didn't know how it worked, but it always seemed accurate. Indeed it was, accurate, shockingly accurate.

Seeing that he already had access to so much information about our business I opened up, and gave him other ballpark numbers about number of employees, revenue, and net income. He asked for some other information, and while I can't remember what else he asked, I remember thinking there was no reason for him to know this information yet, so I politely declined. He said that was okay, but if we were going to take the steps to sell our business, he would need that information eventually.

Next, Marty caught me by surprise, and asked why we want to sell our business. Oops, I thought, I hadn't prepared for that question at all.