I had a few phone calls with Jack and David yesterday, and we decided to tell Marty up front that we wouldn't accept a sales price of less than $2M, though of course the more we could get, the better. So I called Marty yesterday and told him that, and he said that was good to know, but he still wanted to price the company a little higher. He didn't buy into the company being paid back in two years, and thought three years or more was reasonable, and he would use that value in his discussions with prospects. 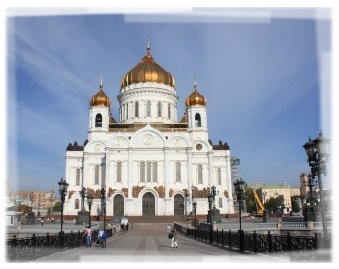 Once we worked through that, he said he'd like to come to our office to sign the paperwork. He wanted to see what the office was like, and see some of the employees for himself. He explained that this would help make his sales process better. He'd like to be able to describe the office and the people to his prospects, and he'd also like to know exactly where our office is. I guess trust is a two-way street, and unless he's been parking in our parking lot and watching people come in and out of the office, he really can't know for sure that we're telling the truth either.

I agreed that this was a good idea, so he came into the office today, and we gave him the tour we usually give to prospects. When we meet with new prospects we walk through the office and point out a few key sales points here and there, and this seems to give prospects a better feeling about our company. During the tour I sure was glad that nobody bursted out to say something like, "Uncle Marty, what are you doing here? Aren't you a business broker?"

After the office tour we talked in our conference room. This part was a little awkward, as we were trying to be quiet whenever we said anything sensitive, but for the most part we weren't near any employees. The closest office belongs to my wife, and since she knows we're trying to sell the business, that isn't a problem.

Before we signed all the paperwork, Marty again assured us that he'll be discreet with our information, and he won't send out any information we don't agree to share. Everything will be "blinded", and his description of our company will be vague, something like "computer services firm in the midwest."

Having sold a couple of houses in my life, this process feels almost exactly like that process, except the meeting doesn't end with the realtor putting a sign up in your front yard, and you can't tell anyone what you're doing. Marty reminded us again about that part, telling us that it's very dangerous for our employees to find out the business is for sale. If they do, they'll all assume the worst, and start sending their resumes out.

We showed Marty out like we would most any other prospect, and I left the office just after him. I was having a severe case of feeling guilty, and I didn't want anyone asking me who this prospect was.

As I write these notes tonight, I'm reminded again how much easier this process is when the bookkeeper is in on the deal. If the bookkeeper isn't a business partner, or in this case my wife, the business partners would have to do a lot of this work ourselves, without her knowledge. Because I have direct access to the computer backups and I'm very familiar with Quickbooks I could personally do all of this, but it would take a lot of my personal time, and I appreciate not having to do that.

We didn't take the time to learn about Marty's two prospects today. We were all a little short on time, but we promised to meet again soon to learn more about them.