So much happened in our business in the years 2000 through 2002, I could easily write a separate book about everything we did to survive. If the first few years of business were at the “easy” end of the spectrum, these years were way, way over at the “difficult” end. I’m glad to say we survived the dot-com bust, and then survived the bad business environment that followed the events of September 11, 2001. By mid-2002 I considered us fortunate to still have the same fifteen full-time employees. We didn't have to lay anyone off, and nobody left the company.

Unfortunately it wasn't all good news. Business did slow down, and it led to some disputes between the partners. If I had written this book back in 2002 I'm sure I would have written this section differently, but in retrospect the best thing to say is that through these difficult years there were a number of disagreements between myself and a few other partners that left a bad taste in my mouth.

I'll skip the details of the disagreements, and just ask this question of you: Have you ever had a lingering dispute with someone that significantly affected your relationship with that person? Perhaps a relative, a spouse, or a good friend?

If so, that's where I was in mid-2002. Ever since the dot-com bust in 2000, I found myself battling against two of the partners about major business decisions, and it had taken it's toll on me, as I'm sure it did on them. At one point it was bad enough that I offered to buy their shares back at the same price I sold them, but they didn't take me up on that offer.

(In one of those interesting "timing" events, as I edit this section in 2010, I just read an interview about a documentary titled Once Brothers. In the interview a basketball player named Vlade Divac says, "To build a friendship takes so much time and so many years. To ruin it, just seconds.")

During these discussions I really began to appreciate David. While I had always liked him before, he was a real calming force during our talks. Like myself, he enjoyed working with everyone at the company, and didn't want to see anyone laid off. Any time the discussions seemed to get out of control David calmly brought up the financial numbers, saying things like, "This is the worst business has ever been, and we're still making a healthy profit, what's the problem?"

Death of a friend

In the Spring of 2002 a friend of mine named Jim died of a heart attack one Saturday morning. For ten years now my wife and I have had a day-long party on the day of the Kentucky Derby at which we celebrate both the Derby and Cinco de Mayo. We place small bets on the horse races all day while enjoying margaritas and Mexican beer (or Mint Juleps), and then make fajitas in the evening from a wonderful recipe we learned while living in Texas.

That day we had invited roughly twenty people to the party, but I remember thinking the night before how much fun it would be to have Jim over. He had never been over to the house, and I thought he'd love a good drink and cigar as much as I did. Most of my other friends weren't into sports, but Jim was, so I was looking forward to doing battle with him on the ping-pong table as well. (We had both seen the movie Michael, and had been yelling "Battle!" a lot lately when goofing around.)

I can't do justice to describing Jim, other than to say that he was about experiencing life, and you had fun when you were with him. Whether we were working on computers or doing anything else, we made each other laugh. The day before Jim died we had a salsa-eating contest at a Mexican restaurant, seeing who could eat the hottest salsa mix. Neither of us "won" that contest, but in the midst of a stressful period, it was a lot of fun, and as entertaining to the waitress as it was to us.

One of the lingering disagreements between the partners had to do with an increase in "bench time" for our consultants. (When consultants don't have a billable project to work on they're said to be "on the bench.") After several years of doing nothing but working full-time and billing customers, we now had several consultants on the bench, and this was a new and frightening experience for all of us, and of course it had a big impact on revenue and profit.

After living with it quietly for a little while, David suggested we (the partners) talk to everyone about the health of the company. Since I kept stressing during our partner meetings that I liked all of our employees, thought they were all very good at what they did, and didn't want to lay anyone off, he suggested I share that message with them. People with a lot of free time on their hands could think about a lot of things, he said.

So in the summer of 2002 I made a rare "all hands" speech. I let everyone know that everyone's job was safe at the current work levels. I promised them that if there was a problem they'd hear it from me first, that no such problem existed right now, and I didn't want to lose any of them. I told them that if they enjoyed working with us as well, I didn't want anyone even thinking about updating their resumes. 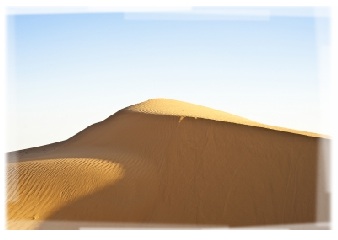 We also asked everyone at the meeting to suggest ideas on how we could use this bench time. It sounds cliche, but we talked about using this time as an "opportunity" instead of a "problem", and I was glad when they brought up several good ideas, both during and after the meeting. We implemented several of the suggestions, and these changes helped to improve our company in the long run.

Before this experience I had always thought "bench time" was evil, but at least in this case, I was glad we used the downtime to improve several things at the company we wouldn't have addressed otherwise.