As I've dug more into Marty's approach, it looks like he's using the "discretionary cash flow" process for his business valuation. This technique assumes that all money the business owners take out of the business -- both normal paycheck income and profit from the business -- is discretionary. As mentioned, on top of that he assumed that a buyer would be looking for a break-even point in five years. 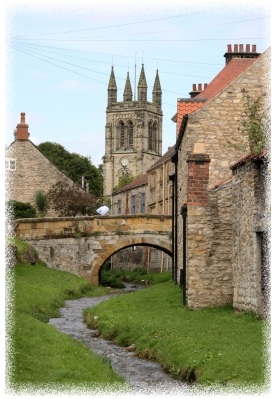 Based on the business valuation books I bought I had started on this valuation technique myself, but wasn't confident in my approach. Based on his example I reworked my earlier valuation, with a few changes. The first change I made was to assume that we would all stay with the business after a sale, but that we would all need some form of raise to our base salaries to stay with the new owners. There was no exact way to do this, so I made assumptions about what I thought it would take to keep each of the current partners.

Using that as my base spreadsheet, I created several variations from it, assuming that the new owners would either replace Jack, myself, or both of us. This may not sound like much, but (for example) if we are both drawing $100K salaries immediately after the sale, and we leave the company after twelve months, and the new owners are looking to break even in 36 months, a simple change like that can mean a $400K difference in business value.

Based on these permutations I'm comfortable thinking that our business is worth $1.6M to $2.8M, depending on the parameters used, and the buyout period.

A few other notes rumbling around in my head today:

One thing we discussed at length yesterday is that Marty wants a contract that would make him our sales agent for two years. He hasn't asked us for any money, and only gets paid on his commission if we sell our company, so I understand his concern. But two years strikes me as a pretty long-term deal, especially if he really has two potential buyers in his pocket.

Marty explained his side of the story, saying that if these initial deals don't work out, as he's already warned is very possible, that he's going to have spend a fair amount of money advertising our business.

I'm not thrilled with this long-term commitment, but again, I've seen this in the books, so it's not a big surprise. I'm also excited by the prospect of selling the business at the financial values I've cranked out, let alone the valuation he came up with. Marty also seems trustworthy; I've put him through a lot of paces now, and he's responded well to everything I've thrown at him. The worst case scenario seems to be that nothing happens, we don't sell the company in two years, and we move on, and I can live with that.

Jack sent me an email today letting me know he's okay with pursuing selling the business. Next up, we need to talk to David.