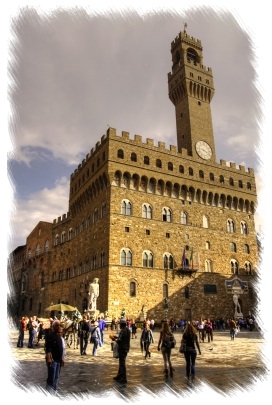 Jack and I met at Marty's office today, and I was shocked at the result. Marty gave us a brief introduction into how he appraised our company, and based on his cash flow method, he said our company was worth $5.4M, maybe more. What followed was truly funny.

Jack and I spent the next two hours telling Marty how he was wrong, that our company couldn't possibly be worth $5.4M. We dug into his numbers, questioned everything, said we thought he was wrong here, here, and here, and in particular we thought he didn't account enough for the replacement costs of the spouses in the business, or the current owner-employees wanting raises if they sold their interest.

But those were relatively small details. The big number we really didn't agree with is that Marty's assumption was that a buyer would want to break even on the deal in five years. While this might be true in many old-school businesses -- and I saw this in the business valuation books I bought -- the computer industry moves very fast, and I didn't believe anyone would be patient enough to wait that long to break even on the deal. Personally, I couldn't imagine buying another computer business without breaking even in eighteen months, maybe twenty-four months, tops, and that would be a very nervous twenty-four months.

In the computer industry, everyone's job skills change very significantly every two to four years. A good example of this was an industry referred to as "Novell network resellers" back in the 1990s. In the early 1990s, Novell was the company to go to when you wanted to build a computer network. But in the mid-1990s when networking became ubiquitous — and Microsoft's networking software became "good enough" — many Novell resellers were suddenly worthless, or nearly worthless. If they didn't make the change to use Microsoft's technologies, and open their businesses to new areas like network security, these companies would fade off into the sunset. So, a Novell reseller that was worth $2M in 1995 would be worthless in 1997 if they didn't change.

So, when Marty was talking about a buyer looking for a five-year payback, I told him no way, that we needed to look at two years tops for a buyer like myself, or maybe three years for someone willing to take a bigger risk.

The meeting ended with Jack and I thinking that nobody would buy the company on anything longer than a buyout term of three years, and I personally couldn't imagine buying someone else's business for a buyout term of more than eighteen to twenty-four months, and based on my knowledge of that Novell situation, I'd even want something closer to twelve months. With this business valuation working out to roughly one million dollars per year, I was thinking the company was worth $1 to $2M, while Jack was thinking more in the two-year range, or $2M.

At the end of the meeting Marty told us to review his valuation, and to let him know if we were interested in really selling the company at the prices we were talking about. If and when we were ready to sell the company we'd have to sign some more paperwork authorizing him to be our salesperson, again not unlike working with a realtor to sell a house. He reiterated that he would want a two-year contract and a 10% commission, and those terms weren't negotiable.

After the meeting at Marty's office, Jack and I drove to a nearby restaurant to try to absorb Marty's calculations. I couldn't figure out how he was saying that our business was worth $1M/year to potential buyers. With a revenue of $2.1M and a net income rate of 15%, that was still just $315K per year. Sure, one of the new owners might replace Jack or myself, or perhaps both of us, so they would also get our salaries, but since we had no idea who the future buyers might be, it seemed too early to make any guesses there. We'd have to take that on a case by case basis.

By the end of our meeting, we agreed to simplify things and try to imagine selling the business for $2M, with the question being, were we willing to sell for $2M?

I didn't have to think about it too hard; with my ownership stake I knew I was willing to sell at that price, but I had to think about everyone else. The company was only going to be worth this much if everyone agreed to stay at the company and keep working after the sale, and if some key employees wouldn't do this, we'd have a problem selling the business.

Jack had to go somewhere, so we ran out of time to discuss this any further tonight, but we knew we'd need to discuss this more, and also needed to include David in the discussion. If we went forward, we'd have to decide whether we needed to say anything to the Class B partners or not.