Background: 2000: Converting to an LLC

Fast-forward from that time until just before the dot-com bust in 2000, and life was good. Our business had grown, and we now had fifteen full-time employees, a few part-time contractors, and sales over $2M for the last few years. Our biggest problem was still trying to retain our employees, and find the next good employee (or two) who could lead projects and help grow the business to over twenty people. I didn't know how large we could grow our company, but since we had competitors, plenty of business, and still didn't know most companies in town, I assumed we could get to twenty-plus employees easily, and as long as we kept hiring good people we wouldn't have to sacrifice quality.

Converting from an S-Corporation to an LLC

I use the word "we" in that last paragraph because by now I had worked with a lawyer to convert the company from an S-Corporation to an LLC, and made several of the most valuable employees partners in the business. I still owned the majority of the company, but in working with the lawyer and our accountant, I sold chunks of it to other employees during these years.

I started off selling "shares" in the company, with the shares priced so the partners buying into the company would start to get a return on their investment in twelve months. For example, with fifteen employees, revenue of $140K per employee, and a 15% Net Income, the company's Net Income equates to $315,000 per year (see my financial information page); so, if a partner bought one share, that share was priced at $3,150. With the assumption that our business remained steady, the Net Income corresponding to their share for the next year would match this value, and if business and net income increased their shares would be worth even more.

Over time I gradually increased the price of these shares, but even at these higher prices the new partners were getting their money back quickly with our dividend distributions, and after their first dividend check nobody ever complained to me about the price of their purchases.

The term “Share” is not correct in an LLC

I'm going to keep using the word "share" throughout this book, but it's important to note that it isn't technically accurate. In an LLC, nobody owns actual stock, like you would in a Corporation or S-Corporation. Instead, they own a percentage of a company. While I sold the company in whole numbers that we referred to as "shares" (i.e., 1% equated to "one share"), you can also sell interest in an LLC in any fraction you want. For instance, I could have sold 0.1% interest in the business if I wanted to. So, to summarize, whenever I say "share" anywhere in this book, I'm just using that word for convenience, and what I really mean is "1% interest in the company."

At the end of the year 2000, the breakdown in ownership of the company looked like this:

I sold interest in the business for two reasons. First, I was -- and still am -- a big believer in employee ownership of a company. I believe that having ownership in a company is a terrific motivator. It helps everyone focus on their work (and what's important in their work), and also helps them get out of bed on those days when they'd rather do something else. I even looked into setting up a formal ESOP, until I realized that an ESOP was an employee stock ownership structure for larger companies.

My second reason for doing this was that in the years prior to 2000, I was competing against "dot-com" companies trying to recruit my employees with low salaries and dreams of millions of dollars, and it was either offer them ownership, or lose them. I wanted to offer ownership anyway, but this environment really forced the situation.

Class A and B partners 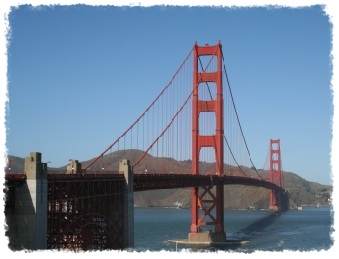 As shown above, two of these co-owners were "Class A" partners, and the other two were "Class B" partners. We used a very standard Operating Agreement when we switched the company to an LLC, and with that Operating Agreement the primary difference between these two levels of partnership is that Class A partners have official voting rights, while Class B partners do not. If push came to shove the Class A partners could vote on what to do for a given situation, but as a practical matter I felt like it was important to get everyone's buy-in on major decisions, so we never officially counted votes on any matter, we generally just agreed, and moved on.

To me the Class A partners were truly essential to the business, helped me make several important decisions, and were actively involved in promoting the business, attending business functions, and helping in sales meetings. The Class B partners, on the other hand, were extremely talented individuals who either didn't seem as interested in all aspects of a business, or were newer to the company. I think everyone's motivation for being a partner had to do with the prestige of being a business partner and the additional income that came from being a partner, and for my part, I didn't want to lose them to a competitor.